Well, perhaps "death" is a little harsh, but it is Halloween, after all. But there is no doubt I've let my blog languish these last two years, and lately especially. I've addressed the matter several times, and tried to alternatively apologize and explain myself. The truth is, I'll always have this blog as long as the blogger service is available, and though it might get dusty and cobwebby, it will always be here. But, I'm now clearly prone to long stretches without blogging.

I guess since it's my own singular endeavor, and really pretty much a hobby, that's not so strange or even bad. But maybe a little sad. Because I do have a lot to say, there is a lot going on, and I feel like I can contribute--in my own small way--to public discourse. I know this, because even though I never had a huge audience, I did get eyeballs in here, sometimes quite a few. But ultimately this is for me, more than anyone. And I've found that with today's social media applications, and multiple devices at hand, constant "plugged-in" status, that getting those little zaps of catharsis come easier there. Coming here to write a blog post is destination surfing. I have to log in to the blogger software, I have to concentrate on writing a coherent post, or even posting a video, I have to do a certain amount of formatting.

Sometimes, that just isn't on my mind, not like it was in the blog's first six or seven years. I mean look at this year, it's both Halloween and the run up to probably the most consequential presidential election we've ever had, and there are crickets around here!

Still, I felt motivated to put this post up, and I'll likely get several more up between today and election day. If the unthinkable happens, and Orange Hitler gets voted in, something tells me my motivation to blog will go up. And maybe even if sanity prevails, all the crap Hillary Clinton will have dumped on her from day one will inspire me also.

No promises, but I'm going to try!
Posted at Monday, October 31, 2016 by James Greenlee
Email ThisBlogThis!Share to TwitterShare to FacebookShare to Pinterest
Labels: 2016 Presidential Election, Behind the Blogger, Blogging, Donald Trump, Hillary Clinton

The Closer with Keith Olbermann: Trump Must Now Be Compelled to Withdraw


Keith Olbermann tears the lid off of the Trump campaign. Boy, I miss him.

I'm surprised Kathy Griffin missed the chance to go after Donald Trump as a "D-List" Reality Star (since that's what he is), or at least Kellyanne Conway as a "D-List" political operative (ditto). But this is pretty great, nonetheless.

This is probably not their funniest take on the subject matter, but the stalking to the Jaws theme is pretty great. If you watch MSNBC very much, you've seen a pundit from Business Insider named Josh Barro. He's young, attractive and fit, and he's a Republican. An especially odd duck, a reasonable Republican. And this was before the recent wave of conservative commentators the network has insisted on presenting of late, in an effort to rebrand as a more serious, less explicitly liberal news channel.

Well, Barro used to be the reasonable Republican. Now, he's a reasonable Democrat.

Business Insider senior editor Josh Barro tweeted, “F–K it, I’m out,” with a link to an article explaining why he left the GOP to join the Democratic Party on Sunday – and just like that, the Republicans had one less member. . .

Yes, it's a joke. But very funny, and very fast!

Deplorable Donald: Is His Goose Cooked? Or Will Pence Leave Him to Roast? 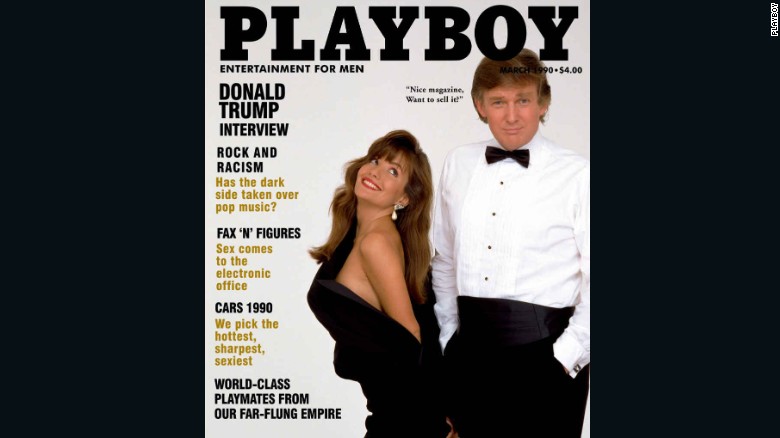 The interesting question being asked by laypeople and insiders alike is: will Donald Trump drop out of the presidential race, now that he's landed in a scandal that isn't spinnable? He says he won't, but nobody knows what really will happen if this fire can't be put out.

If Trump quits, it's too late to reprint ballots with new contenders. And Mike Pence isn't an automatic lock for the top of the ticket, should that event come to pass. Still, many in the GOP are asking him to step down. Much more tantalizing, to me anyway, would be if Pence were to quit. The party wouldn't be left without a candidate, but Trump would be left without a rudder. So, the real question is, if The Donald has his heels dug in, will Pence decide it's career suicide to stick it out?

Amid growing calls to drop out, Trump vows to ‘never withdraw’


Republican presidential nominee Donald Trump said in an interview Saturday that he would not drop out of the race under any circumstances, following calls from several prominent members of his party to do so.

“I’d never withdraw. I’ve never withdrawn in my life,” Trump told The Washington Post in a phone call from his home in Trump Tower in New York. “No, I’m not quitting this race. I have tremendous support.”

Many states have multiple pronunciations, even within their borders. Nobody, for instance, cares how you pronounce "Ohio." Most would agree--even those with heavy accents--that the proper pronunciation is ōˈhīō. You might put the emphasis on the HI, you might put it on both Os. But you can also say "uh-HI-uh," and you'll be fine. You can say Oh-HIGH-yo, and nobody will blink. But in other states, a wrong pronunciation means "outsider" and/or "rube." Don't say "orry-GONE" in Oregon. Don't say "i-oh-WAY" in Iowa. Don't say "arr-Kansas" in Arkansas. And whatever you do, don't say "Nuv-ODD-uh" in Nevada.

It's "Nev-ADD-uh." ADD not ODD. It may sound like a small thing, and frankly it is. But if you're looking to score points with the locals, you don't say it wrong. And nobody has said it so ostentatiously wrong. So spectacularly, braggadociously wrong. Nobody but Donald Trump.

That was Donald Trump at a rally here Wednesday, confidently demonstrating he understood the local pronunciation of this swing state by drawing out the second syllable for effect.