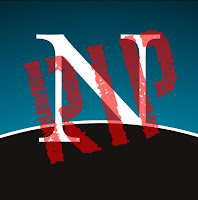 Netscape was once the premiere browser for accessing the Internet. In the early days, it was the only browser taken seriously. Service providers (which used to be distinct from the Internet) like Prodigy, AOL, CompuServe offered some limited web-surfing abilities, and Microsoft released a late-to-the-game and underpowered Internet Explorer. But you were considered to be using training wheels if you weren't using Netscape.

Now, many years after being swallowed by a then-powerful AOL, Netscape is breathing its last. I'm not tremendously sad about it, since it was never my program of choice. I've gone against the grain software-wise for a variety of reasons. I can't stand Adobe Illustrator or PhotoShop, opting for Corel products instead. I have a pathological distaste for Apple products, and yes, I still use creaky old AOL. I'm not a total Luddite though, I do use the now more robust Internet Explorer and FireFox. It may very well be FireFox that hammered the nails into Netscape.

So, love it or hate it, bow your heads, and have a little cyber-sympathy for the late, lamented Netscape.

An historic name in software will effectively pass into history in February as AOL discontinues development and active support for the Netscape browser, according to an official blog. . .