Justify My Blog (A Response to Randi Rhodes) 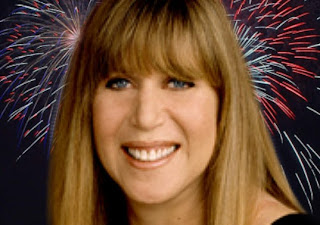 I want to start this post by saying I adore Randi Rhodes, and am thrilled that she has returned to the radio airwaves. Her show is the highlight of my work day. But being a fan doesn't mean being slavishly in agreement with all that she says. And today, she pissed me off.

Randi got into the topic of newspapers, and the fact that their readership numbers are down, and that they're going out of business. From there, she launched into an attack on bloggers, demonizing them (us) as the reason for that, seemingly. Bloggers were pretty much maligned as one of the scourges that is keeping America down. That doesn't sit very well with me, a blogger.

I gather that what drives her anti-blogger sentiment is having been featured on them in unfair, unflattering, or inaccurate ways. She did discuss having been written about without ever having been contacted. I'll confess to having written a great many Randi Rhodes pieces here on this blog, though I had absolutely no way of knowing how to contact her, or any realistic expectation that she'd take the call.

But Randi's criticisms of blogging didn't just annoy me because I'm a blogger. The criticisms just didn't ring true. After all, many, many of my blog posts are dependent upon newspaper reporting, and link directly to them so that they may be. . .um. . .read. Also, while it is true that a subject of a blog article is very likely going to find fault with it, the very same is true about newspapers, radio and television. If you have ever been involved in an incident that becomes news, you are aware that the facts of the story--whatever the venue--are very often inaccurate.

What Randi ought to know about blogging is that there is a symbiotic (and not altogether different) relationship between blogs and talk radio, which is her format. One example would be the effort of many of us bloggers to find out what was up with The Randi Rhodes Show after it went off the air unexpectedly. We had little to go on, and much of the speculation was crazy and silly. But it kept the topic alive, and kept interest alive as the months wore on. I got more "hits" to the site when I'd post something about her than I got on much of anything else.

The blogosphere is a loose community, with very close ties to Randi's audience. We find places here to congregate, meet, argue, whatever. And we talk about a variety of issues, including talk radio and the hosts that populate it. We are probably very much a part of why the Democrats now hold sway in Washington. We generate interest in "below the radar" stories, much like Randi does.

I don't think most of us profess to be professionals, or pretend that our word is law. Right at the top left of this page, under "mission statement" I make it very clear that I'm not the final word. Much like Randi, I want you to read anything I say with a critical eye, and not take my word--or anyone's--as gospel. When it comes right down to it, even the experts and the real journalists can't always be relied upon to be accurate. Look at CNBC or the Wall Street Journal and their inability to predict our current financial woes.

The truth is, many of the people who dispense information aren't all that much different from me, the humble blogger. What are Rush Limbaugh's or Sean Hannity's qualifications for being know-it-alls? None. Zero. I will not put Randi into this category (because just, ugh), though many would. I happen to know that she's prepared, has countless sources, and does her homework. But on the issue of bloggers, she was being overly general, and didn't get it right.