Windows XP: Not Dead Yet! 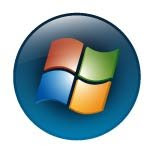 Microsoft's popular Windows XP operating system has been out for years and years, and would ordinarily be considered obsolete. Remember how stale Windows 95, Windows 98 and especially Windows Me looked after the new versions came out? That is what should have happened to Windows XP when Microsoft introduced Windows Vista.

Vista is a glossy, slick, attractive operating system, though I suppose it isn't as awe- (and cult-) inspiring as the Mac's. But Vista has been plagued with problems. I haven't experienced them, so I can't write from personal knowledge. We still have XP on our home computers, on all of our work computers. . .excepting two laptops, one at work and one at home. Those systems are secondary. . .only used on occasion. So no problems yet.

Microsoft is putting Windows XP out to pasture in June, probably in the hope that more people (like me) will make the switch. But it looks like some of the computer manufacturers have found a loophole that will let them keep selling XP machines to their customers who want them.

Facing a June 30 deadline to stop selling PCs with Windows XP, the world's largest computer makers are getting creative.

Taking advantage of the "downgrade rights" offered as part of the Windows Vista license agreement, Hewlett-Packard and Dell both plan to offer machines loaded with XP well beyond June. . .