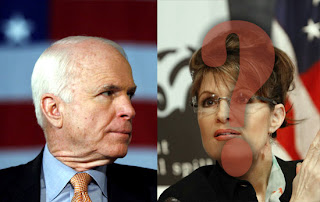 Townhall writer calls on Palin to step down and leave race

This is a conservative writer at the lead conservative Web site. This is a woman who was a fan of Sarah Palin, and now thinks Palin is wholly unqualified to be president of the United States. There is so much import to this article. . .

First off, the writer is a real conservative, not some liberal. (She's been called "an Ann Coulter wannabe," and Media Matters even recently sent out an alert about her.") Second, she's a woman. Third, she was a Palin fan. . .